Home » Editing » Writing Fluid Fiction: When Should I Spell Out Numbers? 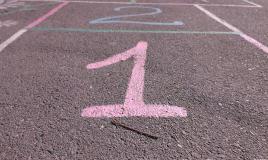 Do you ever get to a number in your manuscript, pause, and then wonder: what should I do with it? Should I spell it out? Should I leave it in numerical form? Well, the good news is that there are no “official” rules. At best, there are a bunch of guidelines, and most of the time, it will be up to the editorial practices of the publishing house or up to you to make the final decision. But the bad news is that because there are no official rules, the various requirements and advice can be confusing. So I’m here today to give you a general idea of what to do with those pesky numerical decisions.

What’s the general rule for numbers?

There are forty-three million cats in America.

When else should I spell out numbers?

Numbers should always be spelled out when they start a sentence.

Ordinal numbers should be spelled out when they are numbers between zero and one hundred (same rule as with cardinal numbers).

My friend works on the fifty-eighth floor.

Spell out quantities unless they are quantities that we are accustomed to seeing as numerals.

I live three kilometers from the university.
BUT Grab a couple 40-watt bulbs from the store, will you?

Simple fractions should be spelled out. CMoS specifies that “for the sake of readability and to lend an appearance of consistency, they are hyphenated in noun, adjective, and adverb forms” (469).

My cat has eaten two-thirds of his bowl.

Three-fourths of the textbook was filled with someone’s notes.

I spent sixty-five dollars on a new dress.

Centuries should be spelled out and lowercase.

We are living in the twenty-first century.

When should I use numerals?

Use numerals for years, unless they begin a sentence (Chicago suggests rewording if that’s the case).

Also for abbreviated years such as: We’re part of the class of ’07.

And specific dates (when paired with the month or year or both) are typically written as a number: August 25 is his birthday. He was born on August 25, 1993.

Use numbers for exact times: 10:33 a.m.
BUT always spell out a number if it’s paired with o’clock: I wake up every day at six o’clock.

Although I tend to believe personally that they should be written out, CMoS says percents are typically written as numerals unless they start a sentence. But spell out the word percent, at least.

She has a 50 percent chance of survival.

These are just guidelines. And they aren’t even all of the guidelines. But when it comes down to actually making decisions, you have a lot of freedom in your choices. Do what works for you. If you’re self-publishing and you like to spell out all of your numbers, then do it. You’re not necessarily wrong. Just be consistent with your choices throughout the entire novel.

For more information on spelling out numbers, see The Chicago Manual of Style, Sixteenth Edition, Section 9.

How do you treat numbers in your novels? Do you spell them out? Do you write them as ordinal numbers? Has your process differed from any of the suggestions written here? Let me know in the comments!

17 thoughts on “Writing Fluid Fiction: When Should I Spell Out Numbers?”