Home » Getting Published » Want To Be Successful? Fight for Your Writing Rejections

As a writer, the worst thing you can do is work in an environment of fear of rejection.
—Carol Leifer

If you’ve sent your work out before, you’re probably familiar with responses like this one: “Thank you for letting us read [insert name of piece here], but . . .”

Ah, the dreaded “but.” A writer’s worst enemy.

Each time we let our work leave the nest, there’s a niggling worry that our poor words may not remember how 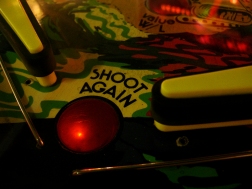 to fly. We’re afraid they’ll flop into a broken, wingless mess. We’re afraid someone will tell us we’re not good enough. Sometimes this fear is so great that we don’t send anything out at all. We condemn our work before it’s even had a shot.

It’s all too easy to get emotional about rejections — to make excuses: “Oh, the subject I’ve written about is too ‘out there.’ ” “The piece isn’t/wasn’t ready.” “Everything I write is crap.” “They want this kind of thing now because it sells, not the stuff I write . . .” “I’m not a poet.” (This one was mine, and alas the first thing I got published was a poem.)

There are any number of reasons a piece may be rejected. None of which you’re likely to guess. And in the end, the reasons don’t matter. Rejection doesn’t mean you’re not good enough. It doesn’t mean the editors or the agents or the magazines didn’t like your work.

Rejection means one thing and one thing only: You have to keep fighting.

Yes, it sucks waiting 2-6 months only to get a “Thank you, but . . .” Yes, it’s dull work, foraging through countless magazines and agents, trying to find people and places that will best represent your voice, only to have to do it again and again and again. And YES, the moments of doubt are an unwanted burden. But rejection is better than the silence. If you’re getting rejected, you’re getting your work out there. You’re taking the time to do something for your writing. And for yourself.

That’s certainly better than letting your work sit in a drawer somewhere, isn’t it? I think most writers dream about publishing their stories. But successful writers are the ones who do something to make those dreams a reality — no matter how long it takes. They take chances. They trust their words. They persevere.

BE one of those writers.

Rejoice every time you get a “Thank you, but . . .” It means one more person has taken the time to hear what you have to say. Post them on the wall to remind yourself you’ve narrowed down your list, you’ve weeded out one more editor, agent, or literary magazine that wasn’t right for your piece.

But most of all (and I can’t stress this enough):

Fight for your rejections. Every time you get one, you’re one step closer to an acceptance. Fight for your words. If you won’t fight for them, then who will? Fight even if you’re fighting to fail. Because if you don’t fail, how do you eventually succeed?

You can’t expect to get anywhere if you won’t leave the tree.

I used to save all my rejection slips because I told myself, one day I’m going to autograph these and auction them. And then I lost the box.
—James Lee Burke

What’s your experience with rejection?

14 thoughts on “Want To Be Successful? Fight for Your Writing Rejections”