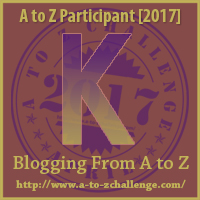 I have written before on the idea of writing what I know. I’ve also written on my own fears of not knowing enough. Sometimes I get stuck halfway through a piece because there’s a niggling worry that I’m getting it all wrong or that my world is somehow incomplete.

Worldbuilding is, for me, a true pain. I want everything in place in my work. I want systems upon systems explained, if only in my head. But I don’t even know a fraction of anything about this everyday world outside my own head. Why, then, should I expect myself to know and understand every custom, culture, geographical region, etc, in my fiction?

I recently read an article called “Against Worldbuilding” in Electric Literature by Lincoln Michel about the way the concept of worldbuilding has gone from pertaining to a specific set of fiction (particularly fantasy and science fiction) to being widely applied to all genres, story types, and stories. Michel goes on to say that the concept of worldbuilding itself is a “counterproductive concept for most types of fiction” and offers the term “world conjouring” to use instead.

The idea of world conjouring is not to know everything in order to portray reality, but to give an illusion of a reality that can carry the reader forward. Rather than getting bogged down in the details, the writer instead conjours a world that a reader can believe in—even if not everything can be explained.

My ongoing struggle is finding a way to convince myself to conjour a world without knowing the systems or the build behind the illusion. In other words, I have trouble—in a lot of ways—of letting go of my own reality. But to write well, or to write a believable story, writers need to fall for their own illusions.

I hear characters in my head, so I guess I’m halfway there. Now I simply need to translate that world they see into one the reader can. And maybe, just maybe, I’ll find I know more than I thought.

Do you write what you know? What’s your take on worldbuilding?