There are so many different types of writing software in the market today that it can be a chore finding the one that best suits your needs. So over the next few weeks, I’ll be taking a look at some of the more popular tools available to us as writers. This week it’s the turn of word processing and note-taking applications.

Disclaimer: While I acknowledge that there are many more applications out there (OpenOffice and Storyist to name a couple), I’m only discussing the ones I’ve used personally. I, as an individual, and Sarcastic Muse, as an entity, are in no way affiliated with any of the below companies beyond having purchased their products.

rivener is so well know amongst writers that its name is almost synonymous with writing software. A behemoth of a program, Scrivener offers an all inclusive plotting, writing, and publishing package and, with so many users out there, it’s now so simple to find a template that suits your writing needs.

Don’t let the fact that Novlr is a web-based writing program put you off. It’s functionality is easily the rival of some of the big hitters out there and the cross-platform capabilities are astounding. With a beautiful, minimalist writing area, offline writing mode, and room to store an entire library of works in progress, you’ll never have a problem snatching moments to work on your novel.

What can I say about MS Word that hasn’t already been said? This program is one of the most popular, and widespread, word processors on the market. It’s so widely utilised that almost all publishers and agents require electronically-submitted manuscripts in the .doc and .docx formats.

Pages is Apple’s answer to the juggernaught that is Microsoft Word and, like its counterpart, I haven’t really got much to say about it. It’s a fully functional word processing software with Apple’s ubiquitous minimal design.

Before I discovered Novlr and Ulysses, Evernote was my go to application for writing on the move. With its myriad of note-taking features (text, photo, ever audio notes) and cross-platform applications, you’ll never find yourself in a position where you can’t meet your daily word count (except through procrastination but that’s your problem, not mine).

What are some of your experiences with/thoughts on our featured software? Are there any others you feel need highlighting?

When I was a kid, I wrote effortlessly. Not well by today’s standards, I’m sure. Definitely not well by my standards. But I wrote every day, for hours, without thinking about form or technique or word choice. It was the most natural thing in the world. I’d go to the store, buy a notebook, and fill it up with a story over the course of a weekend.

Back in those days, I finished things: stories about horses, about amazons (man, was I ever fascinated by amazons), about alchemy and magic. I didn’t learn how to write. I simply wrote. And as I practiced, I discovered my voice.

And then I started my first “true” novel at twelve years old: my self-proclaimed magnum opus. I had dreams of publishing with DAW, seeing my name in print as my characters ran rampant in the minds of my readers. But with the birth of my voice came the birth of something else: my perfectionism. And with the birth of perfectionism came a bad, bad habit: the refusal to finish a story that I deemed unfit for human consumption (which was just about everything I wrote, by the way). So I began rewriting that self-proclaimed magnum opus. Over and over. For ten years. I’d get to a point — somewhere halfway in the current version — and then I’d toss it. To be honest I have over twenty different versions of that story saved somewhere with a word count probably totaling well over half a million words. And yet I’ve never finished any of those drafts. 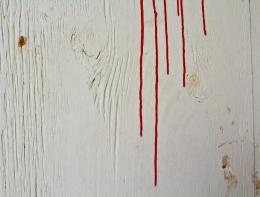 The good news is that I began to actually learn a thing or two about writing. The downside, though, was that I was letting my perfectionism win — to the point that, eventually, I quit trying to write that magnum opus altogether.

So confessions aside, I’ve been struggling to regain control of my writing. What has been the most effective option?  Torture.

On W&W a few days ago, I mentioned that I tried out (forced myself to use) one of those online writing applications — you know, the ones that won’t let you delete no matter how many times you slam your finger on the backspace button. Torture, I tell you. The thing is, it seems to be working (the program, not the backspace button). For the past week, I’ve been writing an average of 3,000 words a day. What normally would have taken me 6-7 hours and burned me out for weeks on end took one hour max and didn’t leave me feeling as if I’d been slamming my head against a large pile of firewood for half a day. The prose may not have been up to par with my perfectionist standards, but it was understandable enough that the other Muses didn’t run away screaming.

For the first time in probably 10 years, I’ve been writing fiction effortlessly. Like a child. Not well by today’s standards, not well by my own, but well enough to keep going. Well enough to tell my perfectionism, “Sorry, we’re closed for vacation. Come back (or don’t) later.”

If, like me, you have trouble finishing: Try one of these applications and see if it helps. Give it more than five seconds (this is for people who are as resistant and stubborn as I am). Keep going back, again and again, until you’ve learned to suppress the backspace demon.

ilys: This is my current favorite, so it gets the top spot. You put your word count in at the beginning, hit start, and then you’re stuck looking at a large box that only permits one letter at a time. One letter. You like seeing the whole word? Not today! Perfect for people who constantly go back and reread as they’re writing.

Write or Die: This program doles out consequences or rewards, depending on your progress, and is therefore intended to motivate you with the threat of well-meaning torture. If you’re the kind of person who only runs when you’re being chased or refuses to back down from a challenge, then perhaps this one will work well for you. They have a free online version and a downloadable (but not free) desktop version.

Written? Kitten!: Do you spend hours of potential writing time looking at cat pictures? Look no more. With this program you can kill two words with one stone. Set your word count, reach it, and voila: a cat photo. The program also has the option of puppies or bunnies, if cats aren’t for you.

Scrawl: Scrawl uses the power of sound as motivation. You start stalling with the word count? Your ears will be begging you to write, write, write. It’s just annoying enough that you’ll probably listen (to your ears, that is). The rest of the site is pretty cool. Give it a look.

Have you tried one of these programs? What do you do to maintain your word count? Do you have stories of slaying your inner perfectionist demons? Let me know in the comments!